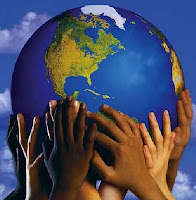 So moving onto the next subject... Culture in Marketing!  Whilst in the lecture, we were asked to identify what Culture actually is, here are a list of some of the things which we came up with:

1)  I believe that the easiest definition of Culture is "the values, ethics, rituals, traditions, material objects and services produced or valued by members of the society." (Solomon et al., 2010). However the other definitions found were:

2) Roshan-institure (2011) states that culture refers to different ways of Life including; language, arts and sciences, thought, spirituality, social activity and interaction.  Apparently the combination of the above define the meaning of culture

3) Using thefreedictionary.com (2011) they define culture as being "the totality of socially transmitted behaviour patterns, arts, beliefs, institutions, and all other products of human work and thought."

This shows that as a group, we were able to clearly identify what culture was.  However the next step was to consider culture in terms of marketing.  Culture is important to marketers as many believe that a culture of a person is a learned behaviour, which ultimately leads to consumer buyer decisions based on this cultural behaviour. According to businessweek (2011) cultural marketing is a way a brand, product or advertising message caters to a specific cultural group.  It is explained that increasing amounts of businesses are using cultural marketing to grab the attention of specific demographic groups.

As culture plays a huge part in  consumer buyer behaviour, marketers need to take this into consideration when they begin international marketing into a different countries market.  The Terpstra and Sarathy Cultural Framework shown right, is used by marketing managers to asses the cultural nature of an international market.  It includes eight different categories that need to be considered, but these all change specifically to different countries.  These are used so that the right people are targeted and that correct marketing techniques are executed.  If this is done correctly a product can be sold successfully in an international country and a brand can gain
international respect.  The eight different categories a marketers need to consider when creating advertising campaigns for different cultures are as followed:
1) Language - Hall and Hall 1986 believe that when considering wording within an advert they firstly need to understand whether or not the national culture is mostly a high context culture or a low context culture.  In a High context culture a verbal communication will not tend to carry a direct message, therefore in these cultures, hidden cultural meaning needs to be considered. This includes Japan.  A low context culture spoken language carries emphasis of the communication this is usually within Australia and the Netherlands.
2) Religion - An organisation needs to make sure that their products and services are not distasteful, offensive or unlawful to a specific nation and culture, therefore religion needs to be considered in the promotion and branding. According to marketingteacher (2011) in 2007 China banned all advertising which included pigs, as it was the year of the pig.  This was done to maintain harmony with the Muslims of the country.
3) Values and Attitudes - These changed due to different nations, so therefore marketers need to seriously consider this when taking a product overseas.  This may include changing promotional material or branding messages. in 2004 china banned a Nike television advert because they believed the ad insulted the Chinese national dignity. Below is the advert:
4) Education -  The level of education in different cultures will vary.  This impacts the type of message or even the marketing communications used within that nation.  For example in low literacy levels, advertisers would avoid communications which are written and would rather use a radio advertisement, with an audio message or visuals such as posters.  Whereas different types of campaigns can be used in the UK as there are many different literacy levels of people in this country.
5) Social Organisations - This element relates to how a national society is organised.  Marketers will need to understand the role of women in a society, how a country is governed and the level influence of class or casts upon a society.

6) Technology and Material Culture - Marketers will need to consider how advanced technologies are in different countries.  When offering a product to a country they need to consider things like if there is energy to power the product, if there is transport to distribute the goods to the consumers, how quickly does technology evolve and most importantly do the consumers actually buy materialistic products.  A goo example of this is when Trevor Baylis launched the clockwork radio in the African Market.  This was a huge success due to batteries in Africa being expensive and power supplies were non-existent in rural areas.
7) Law and Politics - The political views and laws a nation has will affect the way a marketer will advertise or promote a product.  They will need to be make sure they are unoffensive and are obeying the laws of a country.  The UK is largely market-driven and has a democratic society which has laws based upon precedent and legislation.  However a country like Iran has a political and legal system which is based mainly round teachings and principle of Islam and a Sharia tradition.
8) Aesthics - This relates to a persons senses, and the appreciation of the artistic nature of something, including the smell, taste and ambiance. This changes due to a persons culture as someone may view something as beautiful whereas a person from a different culture may not agree.
During the lesson we were assigned a country to look at their culture.  The country we were assigned was Italy and this is what we discovered...

In 1861 Italy was still not united, there was a lot of different independent nations which had their own Culture and Language.  However still today Italy is not culturally united and there are still big differences between the North and South of Italy.  Catholic Religion in Italy was overwhelming until the late 1960's.  Then in 1968 the cultural revolution scaled down the power of the Pope.  Currently now most young people in Italy do not trust religion anymore and think the Pope should not interfere with Italian Governments.  Other things such as; humour, adverts, names are also different compared with the UK.  In Italy specific colours represent varied things for example: Red Flowers given mean Secrecy, Yellow flowers indicate Jealously and Purple is a symbol of Bad Luck.  There are also differences in the cultural names in the two countries.  Italian names include things such as; Mario, Antonio, Leonardo, Gina, Mona, Sofia.  The Italian male names usually end with an o or and i.  Whilst English names are more biblical and include things such as; Adam, Edward, Matthew, Katherine, and Mary.
The main Italian humour identified was Roberto Bengini which is mainly Slap Stick, whilst in the UK there are many comedians such as; Peter Kay, Lee Evans and Russell Brand.  These all present different types of humour, ranging from Sarcasm to Blunder.
Lee Evans... UK Humour
Roberto Bengini... Italian Humour
When comparing the UK and Italy, Geert Hofstede's Cultural Dimensions Theory was used.  Geert Hofstede's Cultural Dimensions is what Hofstede belived could describe national cultures.  After collecting and analysing data Hofsted developed a model that identifies four primary dimensions to differentiate cultures and then later added a fifth. These five cultural dimensions are:
Below shows the comparison of the UK and Italy's Hofstede's Cultural Dimensions....

Marketers can use this theory when creating advertising campaigns as they can link the marketing messages with the aspects of culture that people may hold.  For example due to the fact Italy scored high in the Individualism (IDV) section, adverts that are shown to them will often show usually one person rather than a group, this is so that it appeals to them. Whilst as the UK has scored low on the Uncertainity/Avoidance Index (UAI) section the adverts shown may include ambigous and strange events which do not exactly follows the rules, which the Italians would not like. Therefore marketers can gain mass appeal through Culture, and their product or service can become as successful as possible.
Culture Rocks!!
Posted by Ashlea Turner at 14:15